Hello, I'm Gabe Mukobi! I am a digital creator who is passionate about virtual reality, games, AI, film, music, 3D art, and photography. At Stanford University, I'm studying computer science with a focus on AI and graphics, and I'm involved in several VR and music clubs. I aspire to create tools, media, and experiences that combine creativity with technology to uplift others and make the world a better place. 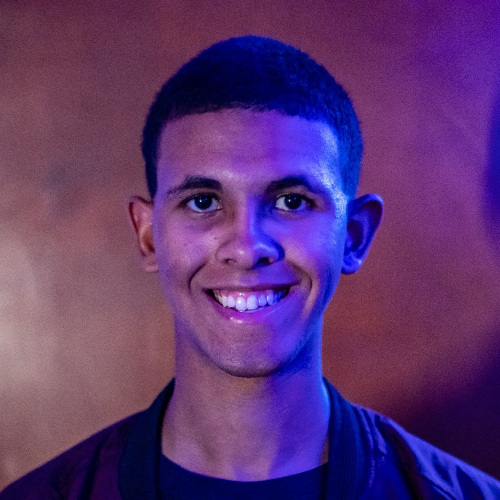 Sticks and Stones Software is a software development company founded and run by me. Come to see all of the websites, mobile apps, desktop solutions, and web projects I create!

My ArtStation portfolio is where I post 3D art made with Blender, Unity, Unreal Engine, and more! 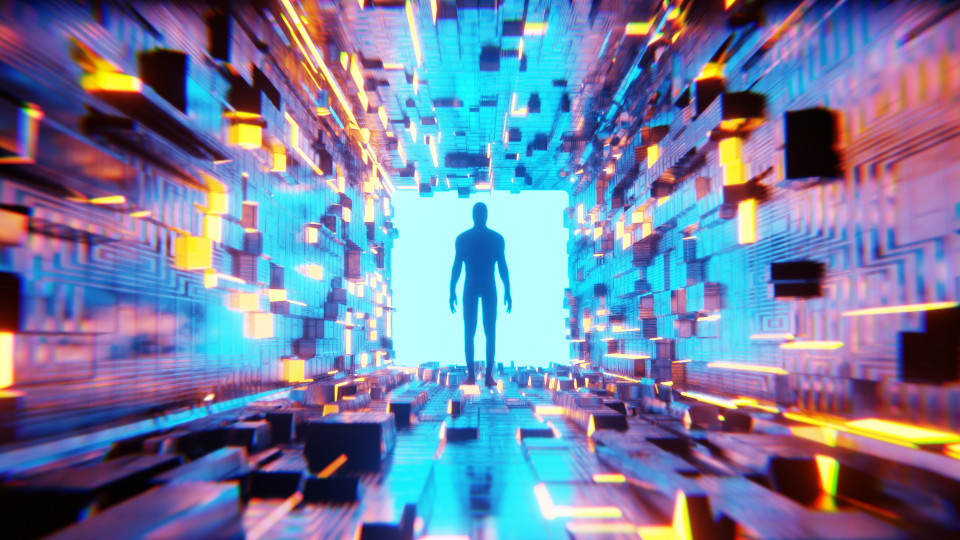 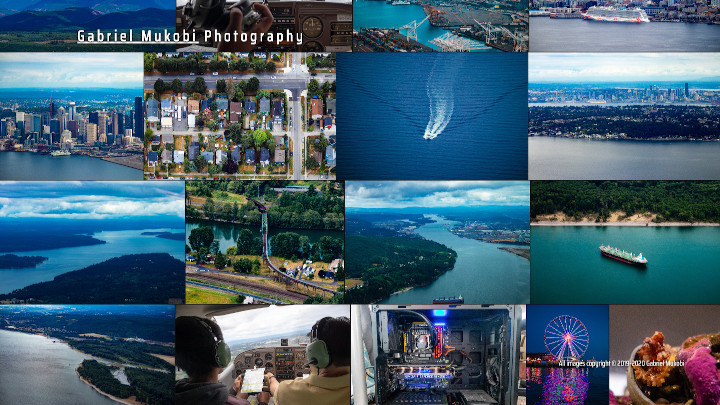 A minimalistic photography portfolio. You would not believe how long it took to make the dynamic grid layout work and look pretty!

A website for anything regarding the musical side of me. Here, you can find information about my music (including my first solo album, Anywhere But Here), my career and groups I've played with, lessons with me, and more. 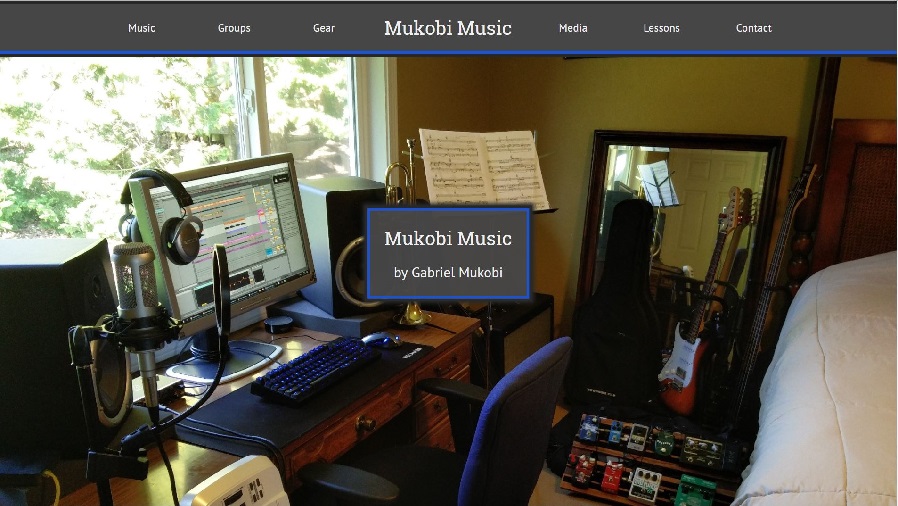 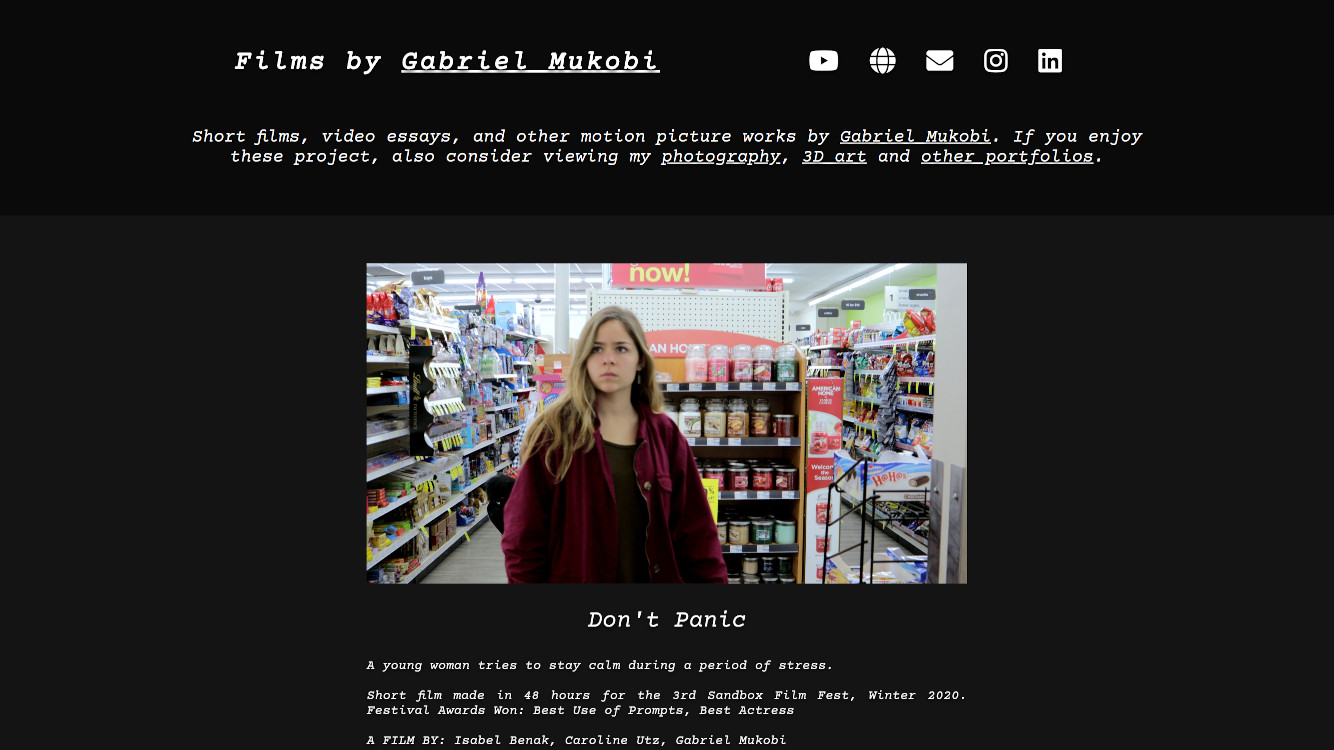 I am a student in Stanford University's Class of 2022 (current Sophomore) and am majoring in Computer Science. My coursework has focused on computer graphics, AI, HCI, algorithms, data structures, probability, computer systems, and linear algebra.

I participated in an online program run by the Google Student Development team and powered by Coursera, including taking an online class in “Java Programming: Principles of Software Design”, technical interview prep, and collaboration with other incoming Computer Science students.

Participated in an online program run by the Google Student Development team and powered by Coursera, including taking an online class in “Java Programming: Principles of Software Design”, technical interview prep, and collaboration with other incoming Computer Science students.

I attended Camas High School in Camas, WA, from 2014-2018 and graduated in the Class of 2018 with a cumulative unweighted grade point average of 4.0.

During high school, I was a member of the Camas High School Math Science Technology Magnet Program, a selective-admissions independent-research-based program focused on exploring math, science, and technology. I conducted research projects to try to find solutions to a diverse set of real-world problems ranging from water purity to carbon dioxide sequestration. I competed with these projects in science competitions like the Washington State Science and Engineering Fair and Imagine Tomorrow.

Took internal classes on machine learning with TensorFlow and programming in Golang.

Worked as an unpaid intern at the physics lab of Ralf Widenhorn at Portland State University, developing software for a high accuracy localized positioning and motion capturing device called Pozyx and implementing it as a learning tool for hands-on college-level physics courses, as an advanced position and motion data collection device for professional athletes, and as a solution for other high precision applications. Skills: scripting and data collection in Python, GUI in Java with JavaFX.

Rogue Starfighter VR (RSVR) is an immersive virtual reality Star Wars X-wing flight simulator fan-game. In it, the player experiences the full scale and power of the space combat from a galaxy far, far, away behind the controls of an immersive and fully-interactive T-65B X-wing starfighter.

My main goals in RSVR’s development were to create compelling cockpit control interactions driven by the player’s VR hands; to create a beautifully fun experience through highly detailed and customized models, VFX, shaders, and sound design; and to learn a lot about game development by building a full vertical slice of a large project.

PieWallet is a hybrid cryptocurrency wallet and social media web app built in PHP and JavaScript as a freelance project: If you crossed your favourite cryptocurrency with Venmo, you might get something like PieWallet. For security, users must record their private keys offline until ready for exchange with a linked partner, but public keys are paired with profiles and stored in PieWallet’s database allowing for social interactions like user search, following/followers, and crypto requests.

Building PieWallet necessitated learning technical knowledge of social networks for functionality like user profile creation/login/editing and many-to-many nonreciprocal follow relationships; of API design and public API calls for updating balance and history information and propagating user actions through the network; and of blockchain and cryptocurrency to securely generate new private keys from a numeric or word-phrase seed on the front-end and correctly generate public keys from private keys in the 3 supported currencies of Bitcoin, Litecoin, and Ethereum.

I am also an avid musician. I enjoy and participate in all aspects of the musical world, including playing and practicing multiple instruments, singing, songwriting, recording music, mixing and mastering songs, listening to music, and performing live for others’ listening enjoyment.

Joined fellow Stanford students in packaging over 60,000 meals to be shipped to schools and families in developing countries.

Volunteered at this basketball camp over the summer teaching children the basics of basketball and helping them have fun. Worked for Camas High School Basketball under Skyler Gillispie and Ryan Josephson.

To contact me, please use one of the following methods. I love the extra attention and will try to get back to you as soon as possible!